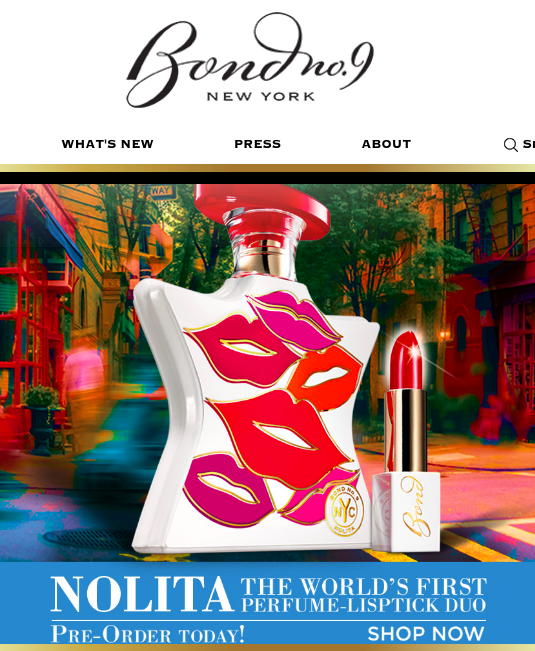 New York-based perfume house Bond No. 9 has begun advertising Nolita, “the world’s first perfume-lisptick [sic] duo,” to be released in April. This is a screen capture from the Bond website. 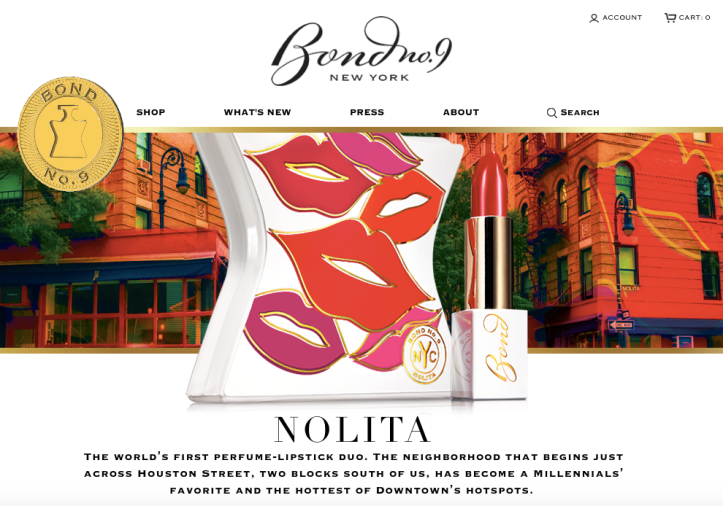 Nolita is named for the Manhattan neighborhood NoLiTa (an acronym for “north of Little Italy,” although the Bond website doesn’t explain that) and it’s being launched as a duo of fragrance and lipstick. This is a first for Bond No. 9, and it’s very fun, but surely not a first for the world? 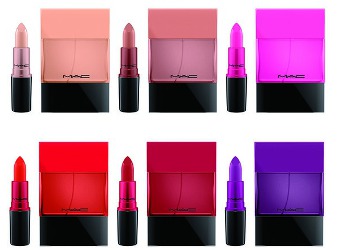 Case in point: last November, cosmetics giant MAC launched ShadeScents, a sextet of perfumes named after some of MAC’s best-selling lipsticks (Ruby Woo!). The bottles match the lip colors, and the fragrances (which I haven’t smelled yet) are supposed to evoke the feeling of those colors, in a synesthetic manner. 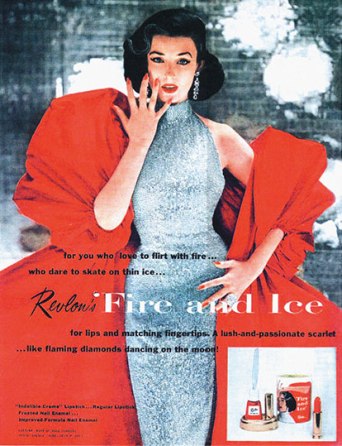 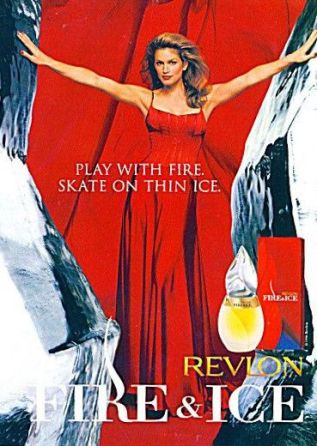 Further back in time…in 1994, Revlon launched a fragrance to accompany its legendary 1950s Fire and Ice lipstick and nail polish. (I love a good vintage ad. That’s Dorian Leigh in 1952, photographed by Richard Avedon, and Cindy Crawford circa 1994). 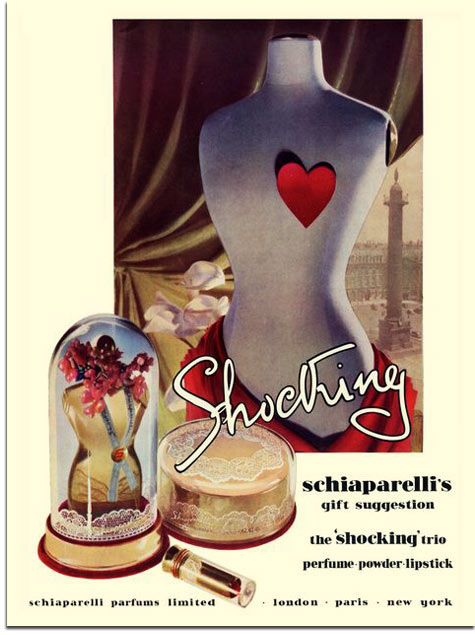 Designer Elsa Schiaparelli’s iconic Shocking fragrance was accompanied by a Shocking lipstick and powder. This ad dates from 1937, the year Shocking was launched…so the fragrance and the perfume seems to have been together from the start. They were sold together throughout the 1940s.

I know it’s hard to come up with a new gimmick in beauty these days, but why make a claim that can so easily be disproved? I don’t understand.

Or am I the only one who’s bothered about this kind of thing?

First and second images are screen captures from the Bond No. 9 website.