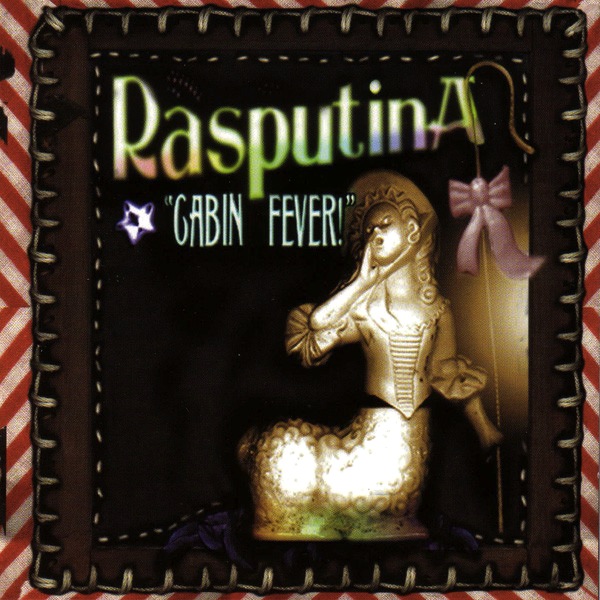 I didn’t know anything about the band Rasputina until I walked into one of their live shows, thanks to my husband, who had bought tickets, guessing (correctly) that I would enjoy it. Rasputina’s musical style is often described as “gothic cello-rock,” and it’s certainly a love-or-hate thing. For me, it was love at first note.

I just wanted to share this image, the cover of Rasputina’s 2002 album Cabin Fever. Rasputina’s frontwoman, Melora Creager, creates much of the artwork for the band’s visual materials. She seems to have collaborated with photographer and multi-media artist Ryan Obermeyer for this cover.

Do you see what I see? 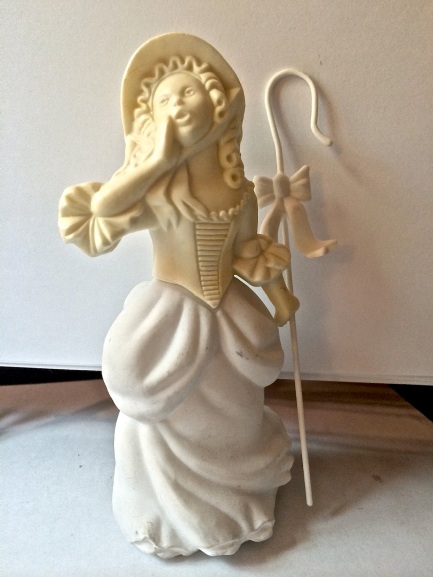 The main image is a mash-up of two Avon perfume bottles from the 1970s. The upper half of Cabin Fever‘s mythical creature is Little Bo-Peep, calling for her sheep. This bottle originally contained Unforgettable cologne.

I owned this fragrance in this bottle, as well as another that was used for the album cover:

This little lamb in white glass originally held Avon’s Sweet Honesty cologne (my favorite during my grade-school and middle-school years!).

I wish I had a Rasputina video to share with you, but the band hasn’t made many official videos, and most of the live clips filmed by fans are very poor quality. Instead, here’s the audio for a song that they often play in concert:

You can visit the official Rasputina website for more information about the band.