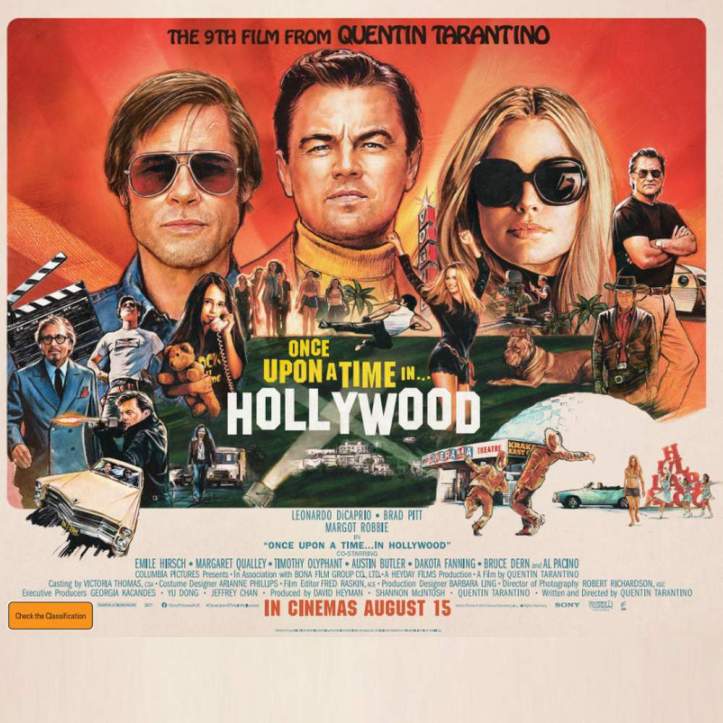 I’m not a fan of Quentin Tarantino’s work, but it’s hard not be aware that he’s just released a new film titled Once Upon a Time in Hollywood. Apparently this movie mixes fictional Tinseltown characters with real-life ones — most notably, doomed model and actress Sharon Tate, played by Margot Robbie.

Last week a new colleague and I were deep in a chat about museums, fashion, and pop culture, and she told me that she’d just read a perfume-related fact about Once Upon a Time in Hollywood in a Vanity Fair article. (Thanks, A.!) Apparently Sharon Tate’s sister, Debra, was so touched by Margot Robbie’s portrayal of her sister that she loaned Robbie some of Sharon’s jewelry and perfume for the duration of the shoot.

I’m not one of those people obsessed with the Manson Murders, but I felt unexpectedly moved by that information. It’s such an intimate way for Debra Tate to share a memory of the sister she lost.

However, we do know two other fragrances that Sharon Tate owned and wore, thanks to an auction of her property in Los Angeles last year. (Yes, this feels morbid to me, too. On the other hand, maybe it helps to humanize her a little bit?)

The catalogue for this sale at Julien’s Auctions, held on November 17, 2018, includes some beauty items (eyeliners, a canister of bath oil beads, hairbrushes, etc.) and two partially used bottles of perfume.

One is Chanel no. 5 in its Eau de Cologne formulation. No. 5 was already well-established as a lady-like best-seller in the 1960s. It’s a surprisingly traditional choice for a woman who was considered an icon of “mod” style and starred in camp classics like Valley of the Dolls and The Fearless Vampire Killers.

The other perfume lot was a bottle of Guerlain Jicky parfum.  Jicky was released in 1889. It’s the lesser-known older sibling to Guerlain’s Shalimar et al. and it’s often celebrated as the first “modern” and “abstract” perfume.

When I’ve lectured on Jicky and passed around blotters for audience members to sniff, they’re startled by its androgynous, subtly edgy quality — and that’s just the present-day version, which pales in comparison to older formulations.

As little as I know about Sharon Tate, these aren’t the perfumes I would have expected to find on her dressing table. I might have guessed something from the 1950s and 1960s, or something lighter and fruitier or greener.  I love these moments when perfume shows us another side of some well-known person.

Further reading: Born Unicorn’s look at the Tate-Polanski bathroom shelf and its contents, including her makeup and his colognes.

Images: auction catalogue cover and bottle images via Julien’s Auctions. Source of Polanski photo unknown. (And yes, I’m aware of Polanski’s history. I just wanted to include a photo of Sharon Tate looking less dolled-up and doing something besides posing.)

If you enjoyed this post, buy me a cup of coffee!