The London Cosmetics Museum just posted this photograph of actress Hattie McDaniel (1893-1952) in their Instagram feed, to commemorate McDaniel’s birthday.

I’ve never seen this image before, and I love it — especially now that I’ve read the original caption assigned to it by the Los Angeles Times: “‘God first, my work next — and a man last!’ That’s Hattie McDaniel, who’s free, forty, and famous.”

And what’s that perfume on her dressing table?

I can’t make out the one in the back, but the circular one behind the lamb figurine is definitely Corday’s Toujours Moi (1924). 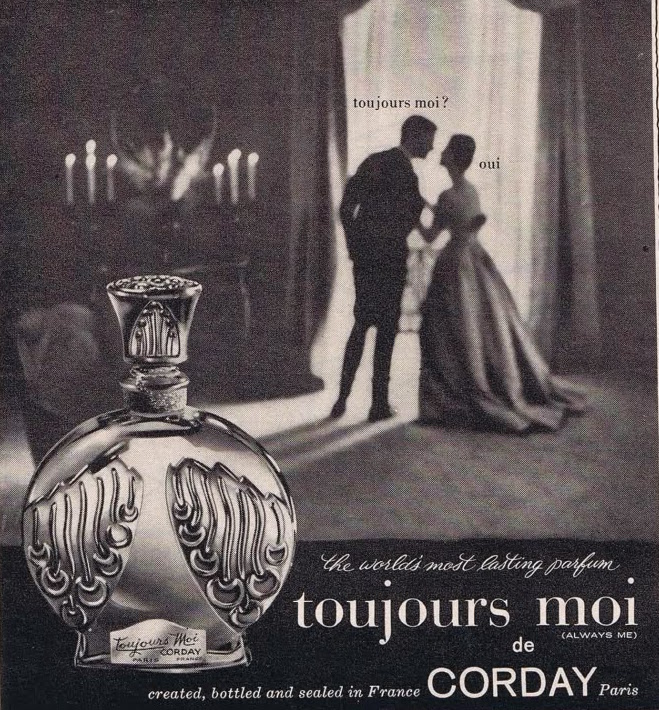 The bottle, with its motif of cascading vines or flowers, was designed by the jeweler Lucien Gaillard for Corday. This must be the parfum version, with a stopper. Ms. McDaniel owned a slightly different version with a narrower, rectilinear top.

This is a promotion in the Dayton Herald (Ohio) from 1940, run by Gallaher’s drugstores. Toujours Moi, according to Gallagher’s, is a “conquering perfume for ‘big’ moments.”

I’m guessing that winning an Academy Award for Best Supporting Actress might be one of those moments. 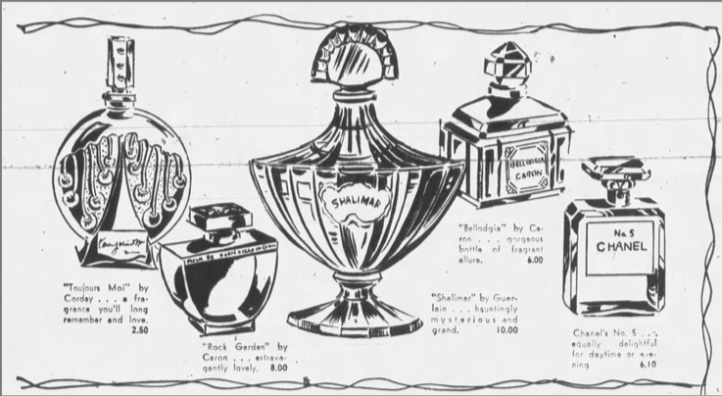 And here’s just part of an ad for the department store ZCMI that ran in Utah’s Salt Lake Tribune (also 1940). It’s enough to make any classic perfume lover weep.

This photo of McDaniel wasn’t used for the profile (written by Don Ryan) that ran in the L.A. Times on February 11, 1940, but the article does feature other photos and some good quotes from the actress. Recalling her early days in Los Angeles, when she was a freelance actor struggling to get steady work and her friends and neighbors advised her to give up her ambitions, she said,

“I didn’t care what anybody said. I was going to make it if I died in my tracks. And I says to myself, ‘You people talking about me now — you’re agoing to read about me!'”

By 1940, everyone was reading about Hattie McDaniel.

If you’re curious about Toujours Moi: Gaia reviewed its vintage formulation on her blog The Non-Blonde a while back; you can read her words here.

Here’s a recent piece on Hattie McDaniel in Harper’s Bazaar.

And Snopes has compiled a thorough discussion of the racism surrounding McDaniel’s night at the Oscars and the overall publicity for Gone with the Wind, including videos with footage of her award acceptance.