I recently received an unexpected text from a friend, the kind of message that makes you stop and shut your eyes just for a second and then read it again more slowly, hoping you misunderstood it at first glance. But no…it was the very saddest kind of news. Our friend Gaia had passed away very suddenly, at the age of 49.

Gaia belonged to the original wave of beauty bloggers and fragrance bloggers in the early 2000s, back when none of us even used our full names. Her blog, “The Non-Blonde,” attracted a loyal following of women who appreciated her intelligent and honest product reviews, her obvious passion for her subject, her sense of humor, and her sophisticated (but never condescending) appreciation of beautiful things beyond cosmetics and perfume — music, good food, and (very importantly!) cats.

Gaia’s husband, Ori, has written a short tribute on her blog. It’s hard to believe that this will be the final post.

I was fortunate enough to know Gaia “in real life” and I’m going to miss her terribly. I hadn’t seen her lately, and I’m always going to regret that. There’s a lot I could try to say, but I’ll just share a few thoughts by naming five fragrances that will always remind me of Gaia. 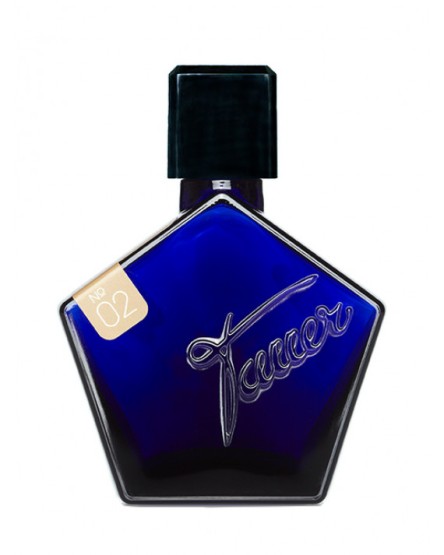 I met Gaia for the first time in spring of 2007, at a Park Slope boutique called LuiLei (no longer in business, alas). When I walked into the shop, I spotted her sitting on a bench, her glorious hair cascading down her back, listening to the perfumer Andy Tauer as he spoke animatedly about his work. “Gaia is here,” another guest whispered to me, pointing towards her. “The Non-Blonde!” She was a mini-celebrity to us. And then she turned out to be a warm, kind person, which was even better.

This is what Gaia wrote about Andy’s fragrance L’Air du Desert Marocain on her blog:

Sometimes, not often, you try a perfume and see the stars. Not the vague twinkle you catch over a heavily populated suburb, not the scientifically accurate stuff in a planetarium, but the stars and sky as you imagined them in your childhood, full of wonder and possibilities. They (and the perfume in question) make everything else disappear. 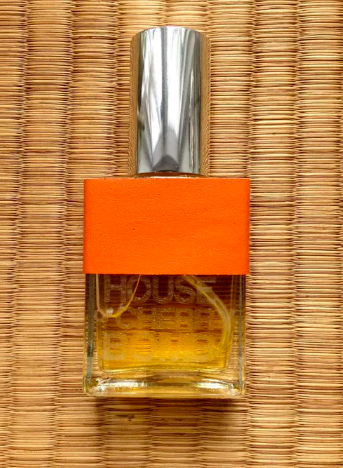 There are some small, tight circles of scent aficionados in New York and some of us have become friends beyond the official and unofficial fragrance events that we attend. Gaia and I were both regular visitors to the Aroma M atelier when it was located in Brooklyn’s DUMBO neighborhood.

House of Cherry Bomb, a collaborative project between Aroma M’s Maria McElroy and Scent by Alexis’s Alexis Karl, had released some new fragrances and we were sampling them during one visit. Gaia sniffed my wrist, which I had just sprayed with a perfume named Cardamom Rose. She smiled and declared,

It should just be called ‘Jessica.’

Gaia was excellent at determining other people’s tastes and helping to confirm what suited them. Cardamom Rose is still one of my favorites from this line, and I still agree with Gaia: it’s very “me.” 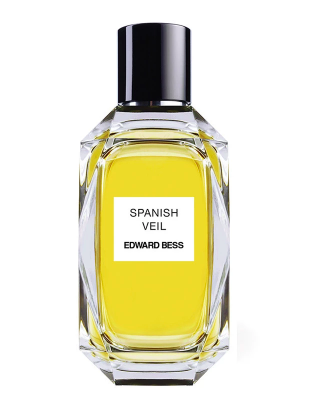 Another memorable event was the intimate launch party for Edward Bess’s fragrance collection at Aedes de Venustas. The always-gracious Edward Bess as there, of course, with perfumer Carlos Benaïm, and other guests included Bergdorf Goodman personal shopper and style icon Betty Halbreich, author Laren Stover, and The Dandy of New York (Google him!). It was one of those delightfully esoteric NYC gatherings that seem increasingly rare these days, with nary an “influencer” or YouTuber in sight.

Gaia and Ori were there too, and we were able to catch up and chat a bit. That was the best kind of event for both of us. And we sprayed the three new fragrances onto black feathers (only at Aedes!) and inhaled them and agreed that they were outstanding. Our personal tastes didn’t always overlap so it was especially fun when we found something that we both could imagine ourselves wearing.

Spanish Veil was one of those perfumes. Gaia described it as

a grownup and sexy perfume that wafts around, stays on skin, scarves, and coats, invites you for a hug and whispers a naughty secret in your ear. 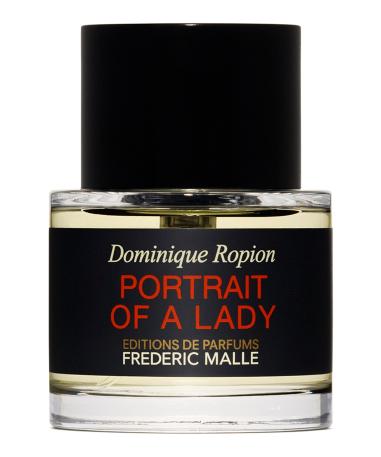 That was the first line of Gaia’s review of Portrait of a Lady. She had said something to that effect when we both smelled the perfume for the first time. We were visiting Barneys together and we paused at the Malle counter to give this newest release a sniff. She sighed, shook her head, and expressed her disappointment. “No, Uncle Freddy. No. I don’t get it.”

Of course, being the blogger that she was, she didn’t just write, “This perfume is awful” or get self-consciously clever and snarky. (Snark was very big on the perfume blogs around that time.) Instead, she very rationally explained that it was a good fragrance, technically speaking; it just seemed, to her, very similar to other scents already on the market…and she expected something more groundbreaking from this house.

That was the kind of review that her readers always appreciated, and the kind of writing that came from a longtime immersion and self-education in niche perfumery. 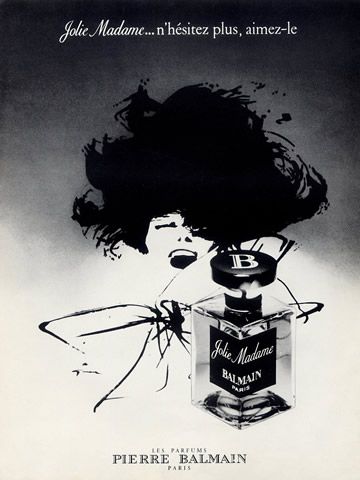 Gaia also possessed a deep love for classic fragrances and a deep knowledge to match. Shalimar (especially in vintage formulations) was the queen of her perfume wardrobe. Yet it’s another fragrance that I’ll now always associate with her: Balmain’s Jolie Madame. When I mentioned that I’d never properly tried this classic, she set about to rectify that situation immediately. She decanted a large vial of Jolie Madame from one of her own vintage bottles and labeled it in her own handwriting for me.

I still have some of that decant and I’ll cherish every remaining drop, thinking of her when I wear it.

She wrote about this perfume,

Wearing Jolie Madame brings me a lot of joy. It puts a spring in my step and reminds me of beauty and passion far beyond my immediate grasp. One can dream, though.

Gaia, I hope all your dreams have come true for you. Your own beauty and passion continue to shine in our memories.